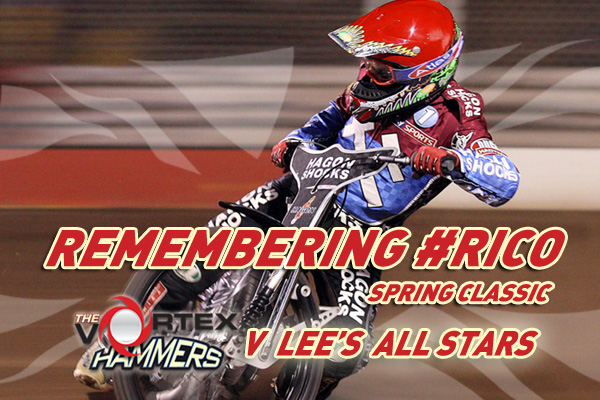 The Vortex Hammers season lifts off this Friday, 20th March, with the Rico Classic meeting at the Arena Essex Raceway.

The night remembers Hammers captain Lee Richardson, who died racing in Poland in 2012 and sees the return to the Essex club of Andreas Jonsson, who will lead the team for the first time since the Play Off final of 2008.

The night’s racing gets underway at 7pm with a National League Pairs mini meeting of six heats plus a final and fans booking in advance online can view part of that meeting from the Centre Green, an area normally not open to the public.

At 8pm the Vortex Hammers take on Lee’s All Stars made up of his former team mates Davey Watt, Richie Worrall and Justin Sedgmen plus Rory Schlein, Scott Nicholls and 2014 Hammer Ben Morley along with a return to the track of Sky Sports pundit and former World Longtrack Champion and Hammer Kelvin Tatum.