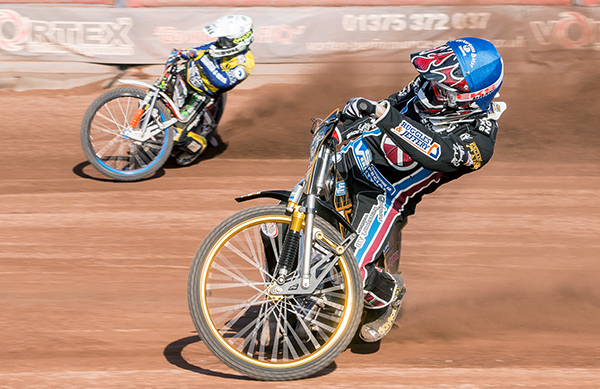 Lakeside Hammers coach Kelvin Tatum is backing his side to make it two home wins out of two as they host Leicester on Friday (meeting parade 7.45pm, first race 8pm).

Despite suffering a narrow defeat in the return fixture against the Stars later in the day, they will be back on home shale aiming to return to winning ways against the Lions. Tatum is confident they can come out on top against a largely unfancied Leicester side – but he is nonetheless expecting a tough test.

“We had an ideal start last week, and we’d like to try and continue in that fashion on Friday,” Tatum said.

“A lot of people look at Leicester as an easy touch but we certainly won’t be. They are in a similar position to us in that they had a very disappointing season last year and they’ll be desperate to bounce back. I’m sure they’ll be fired right up so we’ll expect a tough test, but we are certainly looking for another victory at the Arena-Essex Raceway.”

The Vortex Hammers will be at full strength, with Piotr Swiderski and Lewis Bridger taking on their former club, whilst Leicester have drafted in former Lakeside youngster Adam Ellis as a guest for Josh Auty at reserve.