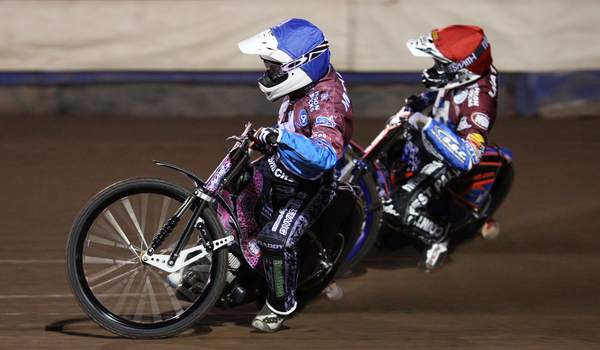 Three solid days of rain have left the Arena Essex Raceway circuit underwater and with more heavy showers forecast for tomorrow afternoon and early evening, the club were left with no alternative but to cancel the fixture in time to avoid the riders on both sides having to take early morning flights to the UK.

The next home action will be in a fortnight when title favourites Poole visit.

The Lakeside Hammers will be looking to keep their unbeaten start to the season intact this Friday, 20th April, as the Wolverhampton Wolves visit the Arena Essex Raceway, the home of the Hammers, in the Sky Sports Elite League.

The Wolves are led by their Swedish Grand Prix superstar Freddie Lindgren and have the best record of any visiting Elite League club at the Arena Essex Raceway.

Klindt, Proctor and Wells usually perform well at the Essex based Raceway and all took guest appearances for the Hammers last season. In addition Woffinden is a multi-winner of the British Under 21 Championship when the Finals were staged at the Hammers track. That just leaves the two debutants, and it will be interesting to see how they perform on their first visit to the home of the Hammers.

For the Hammers fans it will be their first opportunity to see the new sensation, Richie Worrall, in home competitive action following his sensational debut for the Club up in Manchester on Monday when he scored paid 12 points from his five rides against the Belle Vue Aces. That included a last place in his fourth ride, which was a race that, at one stage, he was leading before making a mistake that almost resulted in him hitting the air fence.

In addition to Worrall and the usual Hammers line-up of the powerful heat leader trio of Peter Karlsson, Lee Richardson and Davey Watt plus Kim Nilsson and Robert Mear they will bring in Stuart Robson, one of their ‘Double Up’ riders, who will be making his home 2012 debut for the Club.

The action between the Hammers and Wolves is scheduled to get underway at the Arena Essex Raceway on Friday with the parade of riders at 7.45pm and first race at 8pm.