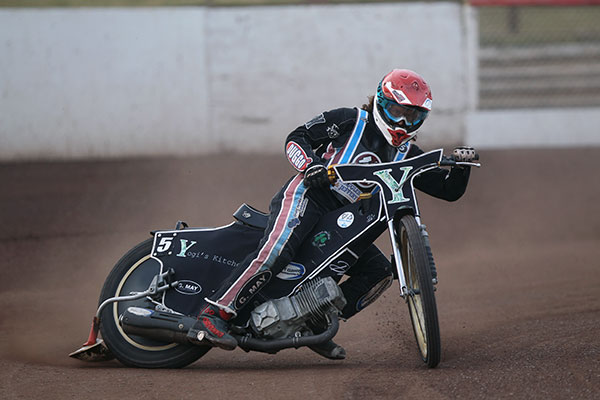 Lakeside boss Will Pottinger hailed top duo Nick Morris and Richard Lawson as they helped the Hammers secure a 51-39 home win over Sheffield.

The pairing went unbeaten at The Arena-Essex Raceway as Lakeside maintained their 100 per cent home record courtesy of a battling performance against the reigning Champions.

Hammers won 12 of the 15 races, but had to dig deep at key moments to send the Tigers back to Sheffield without anything to show for their efforts.

Only six in front with three races remaining, Lawson and Morris teamed up for two 5-1 maximums in Heats 13 and 15 to see Lakeside home.

“That’s why they’re so invaluable at this level,” Pottinger said.
“Nine times out of ten, you can rely on them when it matters most and they did what we needed them to do tonight.

“They stepped up when one or two of the boys had a below par night and it was another good victory for the team overall and sending Sheffield home with no league points could prove crucial in a couple of months time.”

Lawson romped to a full 15-point maximum with Morris tucking in behind his team-mate in Heats 13 and 15.

Ben Morley and Kyle Newman both took two race wins as they chipped in with vital contributions.

Adam Ellis endured a rare off night, while Zach Wajtknecht rounded his meeting off with a paid win in Heat Ten.

Reserve Alfie Bowtell failed to score from three rides, which certainly doesn’t reflect his gating on what turned out to be another tough fixture for the 21-year-old.

Hammers compete in the Championship Pairs at Somerset next Friday (July 20) before travelling to Sheffield on Thursday, July 26.