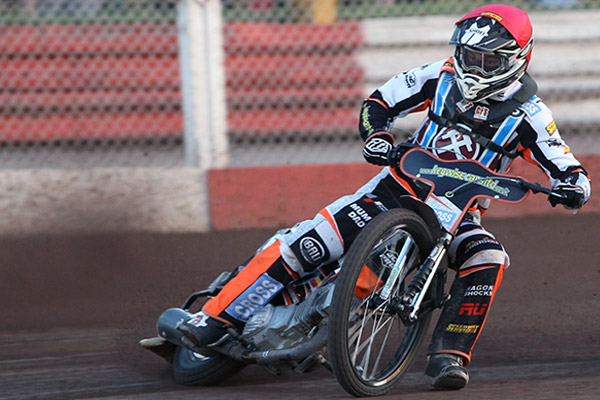 Lakeside maintained their immaculate home record with a 54-36 win over Edinburgh at The Arena Essex Raceway.

The Hammers found themselves narrowly behind after two races but soon hit back to take full control of yet another meeting at the Arena-Essex Raceway.

It means the Purfleet outfit have lost just one of their last seven fixtures in all competitions and boss Will Pottinger was delighted to see another solid team performance.

“We’re more than happy with the result and we certainly can’t complain,” Pottinger said.

“The top five all did their jobs and more and Zach (Wajtknecht) looked back to his old self at reserve.
Alfie (Bowtell) struggled a bit but we know there’s more to come from him. It’s more points on the board and again we’ve managed to send the opposition home with nothing.”

Adam Ellis top scored for the Hammers and only missed out on a paid maximum after finishing third in the final race of the night.

Zach Wajtknecht enjoyed another impressive night at reserve while Nick Morris pulled off two race wins on his way to nine points.

Richard Lawson, Kyle Newman and Ben Morley all took the chequered flag on one occasion each while youngster Alfie Bowtell endured one of his toughest nights so far at No.7.

The Hammers are now gearing up for back-to-back away meetings at Redcar and Scunthorpe on Thursday and Friday respectively with the next home action on Friday, June 1 against Workington (8pm).