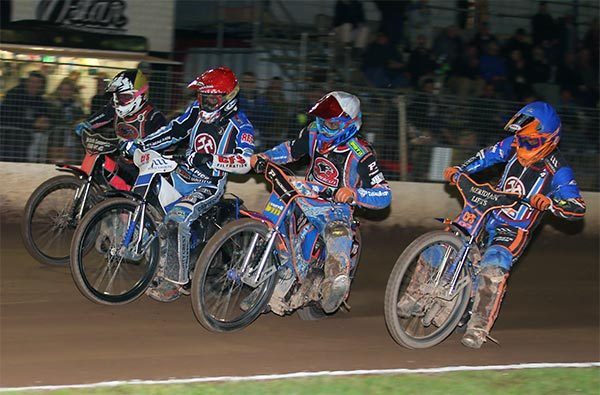 Lakeside and Peterborough’s Championship Play-Off semi-final second leg will be restaged after consideration by the BSPA and Speedway Control Bureau.

Following discussions with Rye House, Lakeside have confirmed this meeting will take place at Hoddesdon this Wednesday, October 24 at 7.30pm.

Agreement has also been reached with Workington that should the Hammers go through to the final, then the home leg will be at Rye House this Saturday, October 27 at 7.30pm.

Hammers boss Jon Cook said: “Naturally we have to respect the decision. We can go on apologising for the floodlight failure, which was deeply regrettable and beyond our control.

“We have sought assurances from Rye House regarding Wednesday and the stadium will be ready.

“We urge our fans to get right behind us and cheer on the boys on Wednesday night. There’s still a league title on the line.”

Admission prices for this meeting only, are £10 with free race card for those who have re-admissions tickets from Sunday. In all other cases normal admission prices apply.

*Lakeside would like to pass on their sincere thanks to Martin Dugard and family for making Arlington Stadium available if needed.