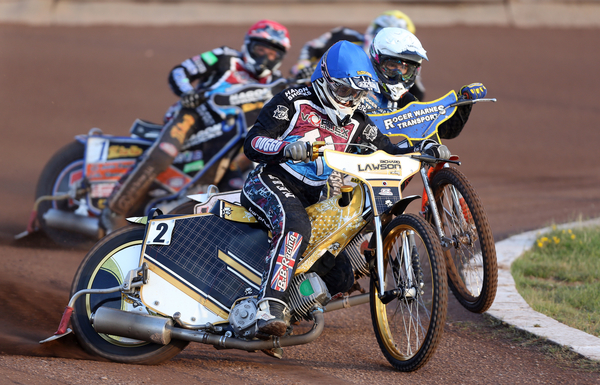 The Vortex Hammers Promoter Jon Cook says the team will learn from Monday’s 45-47 defeat against King’s Lynn. Cook commented after the match:

“We weren’t good enough as a team and it showed. We dropped points and not looking for partners cost us a win. Neil Vatcher and I are going to be making changes ahead of Saturday in the riding order and will look at changing the team itself if that doesn’t work.”

Cook also repeated his long held hatred for the ’Tactical Ride’ rule, that cost the Club a win on the night.

“The Elite League has made a massive step forward this year with the exciting format and Fast Track system and we should have the courage to drop this rule, which is hated by this majority of fans and lacks any credibility in sport. It’s a pantomime rule fit only for 70’s game shows”

Images from the meeting can be found here