Hammers out for revenge 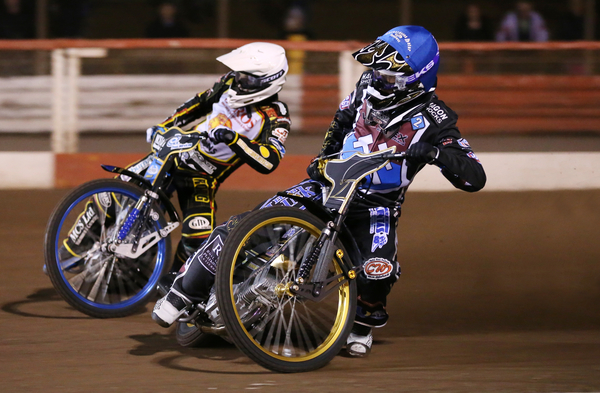 The Lakeside Vortex Hammers are out for revenge following their humbling at King’s Lynn on Tuesday night, when they take on The Stars at 1.00pm this Good Friday afternoon (3rd April) at The Arena Essex Raceway.

“Good Friday is a real season highlight and we have a red hot team visiting, which means we need to be at our best to take the win and make amends for a generally inept performance on Tuesday night in Norfolk”.

The meeting see’s local Rye House rider Steve Boxall come in at Fast Track reserve for The Hammers, in place of Ashley Birks who is riding for Sheffield. The King’s Lynn Stars meanwhile bring in Kevin Doolan for Nicklas Porsing, who aggravated a knee injury and withdrew during the meeting at The Adrian Flux Arena. The Stars second Fast track reserve Lewis Kerr, who crashed in his second ride in the same meeting, takes his place in the Stars lineup at The Raceway.

The Good Friday meeting starts at the Raceway with the first race at 1pm, with admission to the Raceway open from 11am.  Tickets can be purchased either at the gate on the day, or alternatively in advance through the online ticket store, which can be accessed through the Next Meeting button on the homepage on the club’s website.

Tweet
« Blown away by The Stars » Hammers V Stars Meeting ON