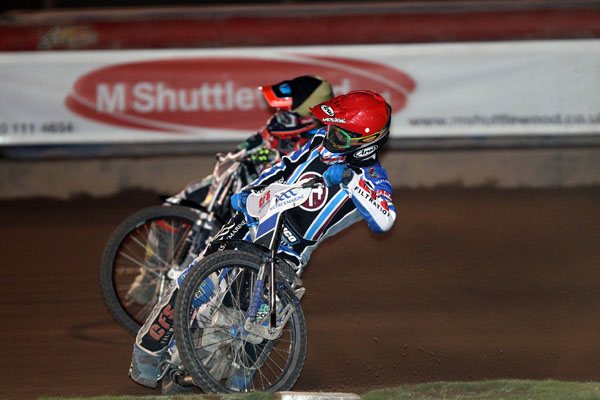 Flying Adam Ellis is eyeing a winning return to the Lakeside line-up as they head to his former club Ipswich in the Knockout Cup on Thursday (7.30).

Ellis missed last weekend’s defeat at Berwick due to a European Championship qualifier but is now back with some continental experience under his belt.

It will be a busy two days for the Hammers as they look to secure their place in the hat for the next round of the competition, with the second leg at the Arena-Essex Raceway on Friday (8pm).

And Ellis is backing them to overcome their weekend disappointment when back at full strength against the Witches.

Said Ellis: “Obviously it was a bit of a shocker for the team at Berwick, it was disappointing for me to miss out.

“I think not having Richard (Lawson) and myself was a blow. It might have been OK if Ulrich (Ostergaard) hadn’t got hurt but that’s the way it goes in speedway.

“It’s a long season and you have to deal with these things as it goes along. We’ve just got to bounce back straight away this week.

“We have a good team here this season and if we can stay fit we can definitely challenge for all the trophies really.”

Zach Wajtknecht has been ruled out for the Hammers after crashing out of the British Under 21 Final at Berwick on Tuesday, with Max Clegg stepping into the No.6 spot.  Ipswich operate rider replacement to cover for the injured Nico Covatti at No.2.

Tweet
« Alfie shines in U21 Final » Hammers dominate at Foxhall