Hammers see off the devils 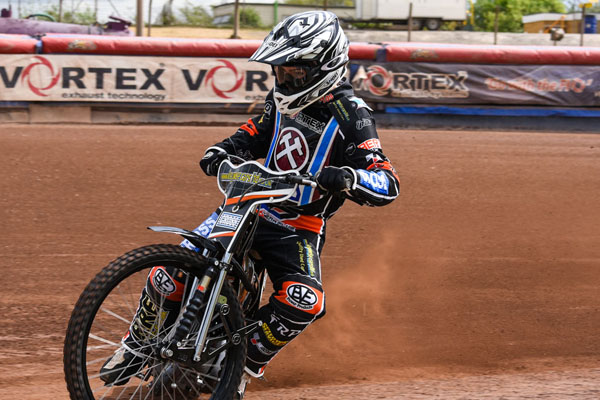 Lakeside raced to their biggest win of the season with a 55-35 success over Plymouth at the Arena-Essex Raceway.

The Vortex Hammers delivered 12 race wins with a dominant display as Zach Wajtknecht and Ben Morley both went unbeaten.

With Paul Hurry and Alfie Bowtell also putting in impressive showings it was a powerful performance from the Purfleet side.

And co-promoter Jon Cook was delighted to see them step things up a notch with a professional display.

Said Cook: “It was a big win for us, and it’s great to keep our good run of home form going.

“It was quite tough early doors, and Adam Roynon in particular gave the top boys a few top races, but the top end were all superb.

“Obviously you’ve got to take into the account the absence of Steve Boxall weakened Plymouth, but you can only race what’s in front of you.

“The team has a nice flow to it, and I think there are signs that we can have a very successful season if we keep this going.”

Although their top end firepower led them to victory, Nick Laurence, Connor Locke and Jamie Couzins did chip in with a handful of useful points.

They will be back in action at Birmingham on Wednesday (7.30) before hosting Isle of Wight at the Arena-Essex Raceway next Sunday (3pm).

The Hammers with tonight’s mascot Jack.