Hammers see off The Eagles

The Vortex Hammers pair produced a maximum in heat 15 to maintain the side’s perfect record after eight home league meetings and become the first team to deny the Eagles any kind of yield from a National League clash this season.

With four points the difference, visiting guest Danny Ayres made the gate but Morley passed the Cradley charger by the end of lap one with Hurry’s relentless pursuit paying dividends on the back straight of the final circuit.

It meant that captain Morley won each of his five races with Hurry dropping just one point to an opponent from the same number of outings.

“Ben has been fabulous,” said Tatum. “He really held the team together and played a proper captain’s role in the same way he did against Birmingham.

“Paul Hurry weighed in very nicely in heat 15 too, it was a terrific finish to deny Eastbourne a league point.

Those two really have clicked recently and we needed that at the back end of the meeting.

“It was always going to be quite close, particularly with us being short of Zach Wajtknecht. Jack (Parkinson-Blackburn, guest) did his best but found things tough.

“We started strongly but to their credit, Eastbourne came back at us quite well. They’re not an easy team to get the better of so I was delighted to remain unbeaten at home and send away a rival with nothing.” 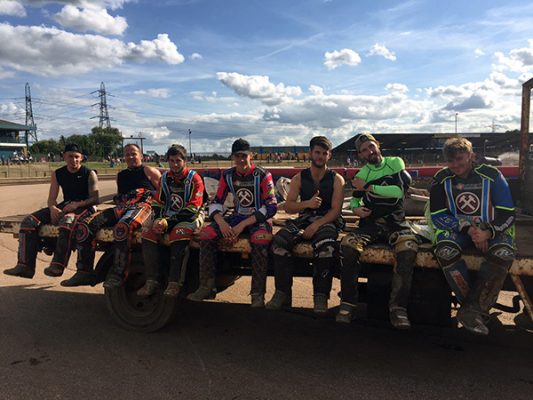 The Hammers would also like to thank all those who generously donated to the Little Havens Hospice Collection.  Click here to learn more about this fantastic Charity. 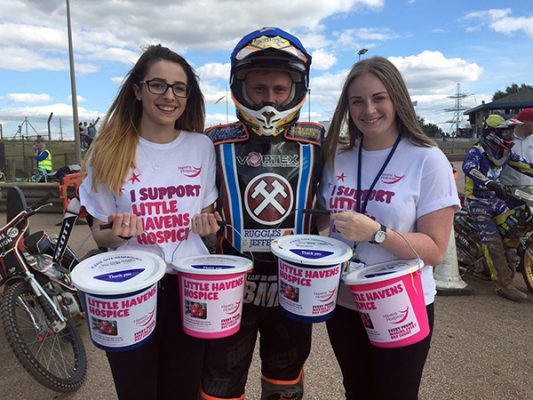 The Hammers return to action on Monday, August 14 with a trip to Kent Kings (6.30pm).