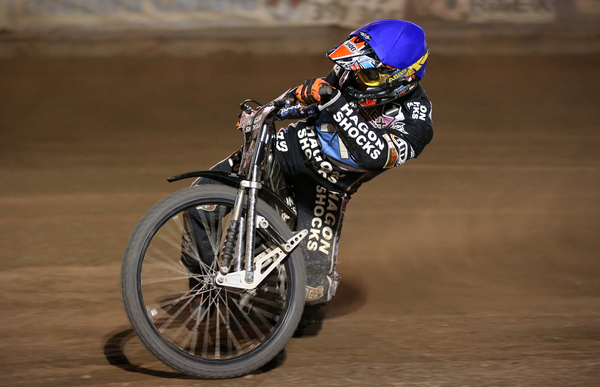 Swindon go into this meeting in fourth place in the table having defeated the Hammers last night at their Abbey Stadium home. That was despite the Hammers leading early in the meeting and still being level after ten heats plus only three points behind with three races to go. However, the Robins pulled away in the last three races mainly thanks to their new signing, the sensational Darcy Ward, who won heats thirteen and fifteen. His only defeat of the night came in the opening race where the Hammers captain Andreas Jonsson gained the heat win.

The Vortex Hammers go into tonight’s meeting with former Hammers favourite Piotr Swiderski coming in to replace Mikkel Bech, who sustained a hand injury in the final heat of Wednesday’s match up at Belle Vue. Kim Nilsson has still not recovered from his shoulder injury and his rides will be covered by using the ‘Rider Replacement’ facility, which will enable any of the Hammers riders to take an additional ride. Another former Hammers favourite, Ben Morley, comes in to replace the injured Ashley Birks.

Swindon’s new Czech Republic signing Eduard Krcmar is unavailable and will be replaced by Lewis Blackbird whilst Nick Morris will not be riding following a reoccurrence of an injury sustained earlier in the month. The Robins Management have now decided to use Rider Replacement to cover his rides. As he is second in their averages any of their riders will be able to take an additional ride. With their Elite Draft Riders Lewis Rose and Charles Wright both currently injured they have brought in Carl Wilkinson and Robert Branford, from Rye House, to replace them. In addition to the sensational Darcy Ward is fellow Australian International and Grand Prix rider Troy Batchelor who joins him and captains the side with Polish rider Grzegorz Zengota completing their team. Zengota has been in great form recently.

The Vortex Hammers boss Jon Cook commented this morning: “The appearance at the Raceway of Darcy Ward is always the season’s highlight and we look forward to an entertaining night and, hopefully, more League points for the Hammers.”

The action gets underway with the first race at 8pm with the grand parade of riders at 7.45pm.