Hammers take on The Stars 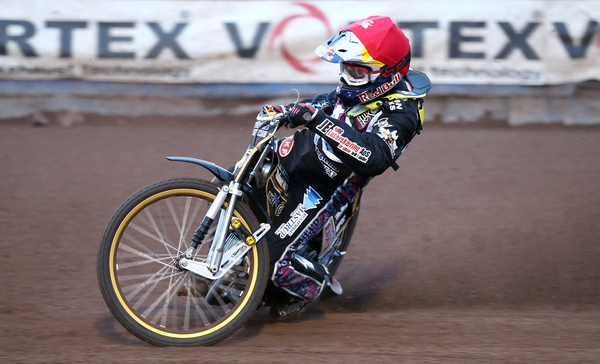 The Vortex Hammers return to home Elite League action after the break for the Speedway World Cup, this Friday, 19th June,  when they take on the King’s Lynn Stars.

The Hammers will be looking for a repeat of their performance against the Stars from back in April when they roared to a twelve point victory but since the end of that month the Essex Club have experienced a run of four successive home defeats.

King’s Lynn are currently in third place in the League but the Hammers need to get back to their winning ways in a match that is vital for both clubs.

The Stars will be led by their Danish Grand Prix rider Neils Kristian Iversen and he will be joined by fellow Dane Kenneth Bjerre, who both represented their country in the recent World Cup where they finished as runners up behind winners Sweden.

Seventeen year old sensation Robert Lambert, who represented Great Britain in the World Cup, is also included in the Stars line-up and completing their top five will be their third Dane, Niklas Porsing. They will be utilizing the Rider Replacement facility to cover for their injured Australian Rory Schlein although they are looking to replace Schlein with former Poole’s Czech Republic rider Vaclav Milik by the time the two sides meet next Thursday up in Norfolk.

Completing their side in the Elite Draft Rider positions will be Lewis Kerr and Ashley Morris.

As far as the Vortex Hammers are concerned their captain, and captain of the Swedish World Cup winners, Andreas Jonsson returns to the side and joins his fellow Swede Kim Nilsson, Danish International Mikkel Bech and British Finalist Edward Kennett.

Richard Lawson, who reached the semi final of last Monday’s British Final before an unfortunate disqualification, will be missing as he has to ride for his Premier League club, Glasgow. Initially he was due to be replaced in Friday’s match against the Stars by Ben Barker but he sustained an injury whilst competing in Monday’s British Final. Therefore, Kyle Newman has been drafted in to cover for Lawson.

The Hammers Elite Draft Riders will be the two young British riders who started the season for the Club. Adam Ellis, who was instrumental in his National League Club, Birmingham, winning the National League Fours, which was staged at Coventry last Sunday, when he won a race off against home rider Dan Greenwood. He is joined by Ashley Birks, who rejoins the Club following recent injury concerns over Steve Boxall.

Friday’s match starts at 8pm at the Arena Essex Raceway although there will be some demonstration races involving youngsters from the Hagon Shocks Academy commencing at 7.30pm.