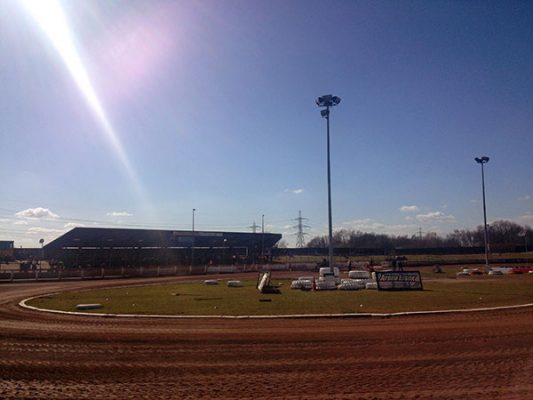 Hammers Co-Promoter Jon Cook has confirmed that Lakeside have withdrawn from this season’s Knockout Cup, handing a walkover to preliminary round opponents Belle Vue Colts.

“The dates we were looking at went so far into September that it would slowed down the whole competition”, said Cook.

“We had already done the fixture against them and if we took that as the result, they would have progressed. In hindsight, we should have ran the league fixture as the Knockout cup,  Had we done that, there would have been no hurry in trying to arrange things within a timescale neither team could manage.

Belle Vue have riders in senior speedway and to a degree we do as well.  The intention of being in the National League was to put out teams that were not riddled with guests and that would have been the only way to solve this problem.

We fell on our sword and decided this was for the best”.

The Hammers are next in action, this coming Sunday, when they take on old rivals the Eastbourne Eagles.  The Hammers have drafted in Birmingham’s Jack Parkinson-Blackburn as replacement for injured number 1 Zach Wajknecht.  The action starts at 3pm.