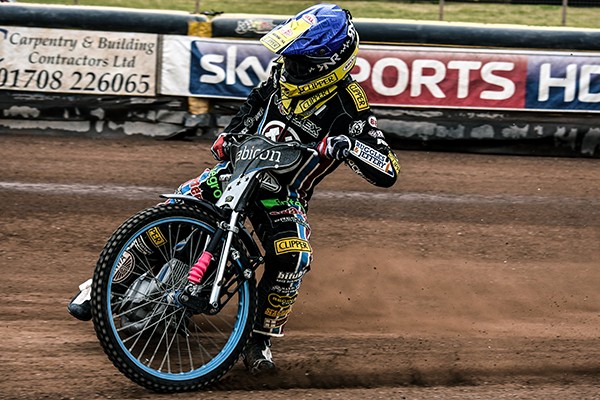 A late team change to Belle Vue’s line up at Lakeside tonight will see them operating Rider Replacement for club No.1 Matej Zagar due to ongoing issues with a tapes burn to his neck.

Lakeside know they can’t afford any slip-ups as they host top of the table Belle Vue at the Arena-Essex Raceway on Friday (8pm).

The Vortex Hammers need a win as they aim to hold on to their place in the all-important Elite League top four.

They will welcome star No.1 Andreas Jonsson back from illness as they aim to bounce back from a heavy defeat against the Aces in Manchester on Wednesday.

Co-promoter Jon Cook has called on his riders to rise to the occasion to come out on top in a huge meeting for their play-off aspirations.

“Every meeting now is crucial,” said Cook. “It was a poor performance on Wednesday, there is no hiding that, although it may have been different if we had AJ riding.

We now have to focus on the job at hand, and although it’s a blow to be without Edward Kennett, I think we’re capable of covering for him at home. We’re looking for everyone to step up and show how much they want to be in the play-offs. The management and the fans are hell bent on getting there, and I’ve no doubt the riders will show they are as well.”

The Hammers will operate rider replacement to cover for Edward Kennett, who is riding for Premier League side Rye House. Belle Vue have drafted in Swindon man Nick Morris to guest for Australian compatriot Max Fricke in the No.3 spot.

Meanwhile, there will be six junior races taking place prior to the main action, starting at 7.15pm.

Tickets are available at the gate on the night, with the pre-meeting parade scheduled for 7.45pm, and the first race 8pm.