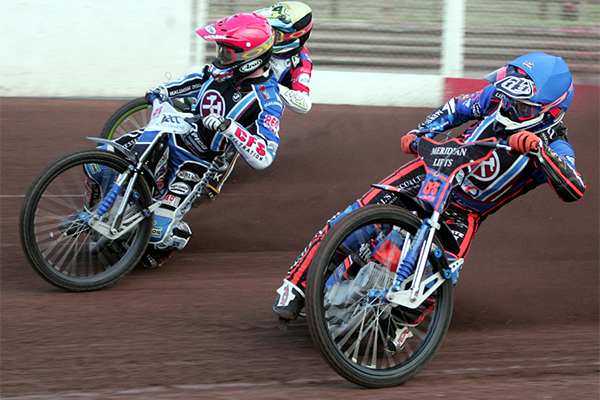 The Bandits are currently level on points with Peterborough at the top, with the Hammers two places and three points behind them.

But prior to Berwick’s trip to Sheffield on Thursday, the Shielfield Park outfit have only had two league meetings on the road so far, securing just one consolation point.

As for the Hammers, they’ve been in ruthless mode at Purfleet winning all six of their home clashes in all competitions.

And boss Will Pottinger is looking forward to what he reckons will be an entertaining meeting.

“The boys are riding well at the minute but we know we’ll need to keep a good level of performance against Berwick,” Pottinger said.

“They’ve surprised a few people in the early stages of the season and they’ve got some quality, experienced riders in their team.

So we’re expecting a tough match, but we’re confident at the Raceway and we ideally not only want another win, but we want to send them home with no points as well if we can.”

The Hammers will operate rider replacement for Zach Wajtknecht who is representing Great Britain in the World Under-21 Semi-Final in the Czech Republic.

Six junior heats will take place before the main event, the first getting underway at 7.20.

Tweet
« Own a piece of History! » Hammers win, but at a cost