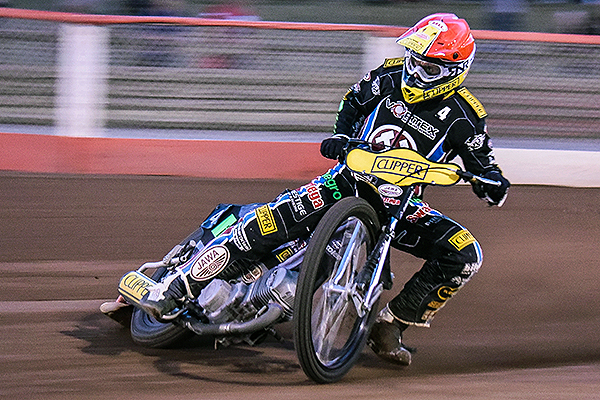 Lakeside know nothing less than a win will do as they host Coventry at the Arena-Essex Raceway on Saturday (7.45).

The Vortex Hammers are fighting to keep their play-off hopes alive as the struggling Bees visit Essex for a crucial encounter.

A big away win for top four rivals Swindon at King’s Lynn on Thursday night has moved the Purfleet outfit down to fifth in the table.

They missed out on the chance to hit back with an away win of their own as Friday’s meeting at Coventry was postponed due to rain.

But they will now look to move back into the top four with another home victory – and Lewis Bridger is eyeing a dominant performance against his former club.

Said Bridger: “We’re excited to be back at home on Saturday, and it hasn’t been too long since we rode at home so we shouldn’t have too many problems.

We’ll be looking for another dominant performance at home to get three points, and if we keep winning our home meetings we’ll be there or thereabouts.”

The Vortex Hammers will be at full strength, whilst Coventry are without star No.1 Krzysztof Kasprzak due to the third round of the Speedway Euro Championship.

With no facility permitted to cover his absence, they have drafted in former British Under 21 Champion Robert Branford to guest as a sub-6.00 Premier League rider allowed to take his place. Rider replacement will cover for Polish youngster Kacper Woryna, who is ruled out through a speedway injury.

Tickets are available at the gate on the night, with the pre-meeting parade scheduled for 7.30pm, and the first race 7.45pm.