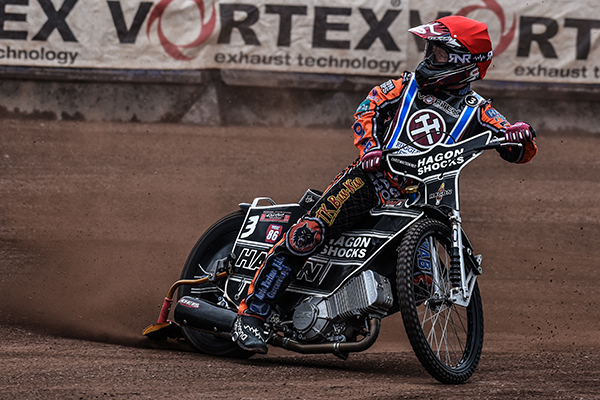 Lakeside are gearing up for an important Travel Plus National League showdown with fellow play-off contenders Birmingham at The Arena Essex Raceway on Friday (8pm).

The Vortex Hammers currently sit one point behind their opponents in the league table and know another home win would be enough to move them back into the play-off positions.

Lakeside No.1 Paul Hurry is anticipating one of the meetings of the season so far against the Brummies and believes the Hammers have got what it takes to build momentum and go on another run between now and the end of the season.

Said Hurry: “Birmingham are a strong team and when you’ve won the league for the last two years, you get a winning mentality drilled into you.”

“It’s certainly not going to be easy and they will do everything that they can to push us, but I feel like we’re growing as a team all the time and that’s important.”

“I think the bunch of riders we’ve got here this year work really well together and we’ve got the potential to make this a memorable season.”

After missing the last home meeting against Buxton, the Hammers welcome back Alfie Bowtell as well as new British Under-19 Champion Zach Wajtknecht.

Admission details: Pay at the gate (cash and cards accepted)