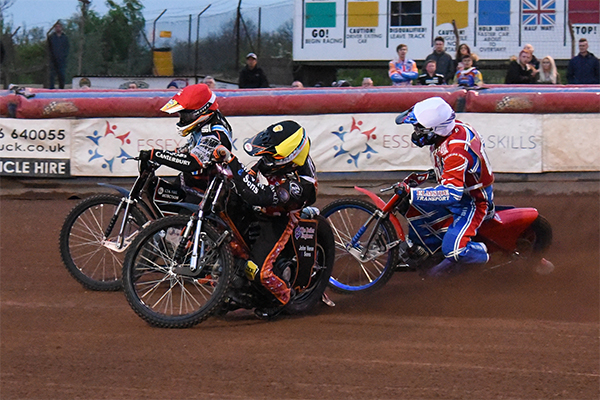 The sides have already met on two occasions this year with the Vortex Hammers coming out on top in both to claim the pre-season Tunnel Trophy.

They have since made a positive start to life in the Travel Plus National League and head into their clash against the Kings on the back of two impressive victories against Cradley and Stoke.

But Cook knows his side will have to be at their best to make it three wins on the spin.

“They’re our local rivals, in terms of mileage, and it goes without saying we would love to claim all three points on offer,” Cook said.

I have no doubt they will be determined to come to us and gain some revenge after we did the double over them earlier in the season.

But we’re pleased with the way things are going so far and we’re really looking forward to what should be a really good meeting.”

The Hammers hand a debut to Connor Locke who recently signed in place of George Hunter.

Kent include Luke Bowen at No.1 who went unbeaten by a Lakeside rider in all ten of his heats in the Tunnel Trophy.