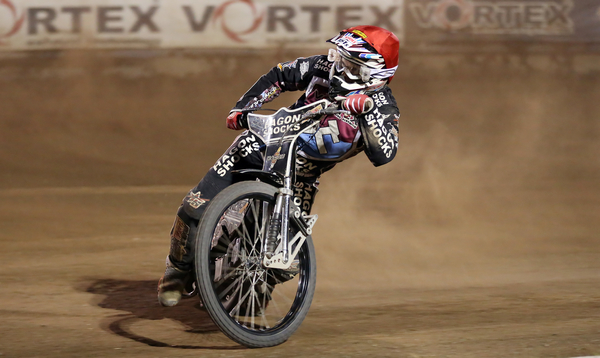 This Friday, 21st August, see the Vortex Hammers in home Elite League action at the Arena Essex Raceway for the final time this season.

The opposition are the Readypower Poole Pirates, who are not only the reigning Elite League Champions but also currently head this season’s League table.

The Pirates will include two current Grand Prix riders in their side in Australian Chris Holder, who is a former World Champion, and Pole Maciej Janowski. Holder is currently in fifth place in this year’s GP Series whilst Janowski is in eighth place. Completing the Pirates top five will be two further Australians and another Pole.

Australian Davey Watt is no stranger to the Vortex Hammers fans as he rode for the Thurrock, Essex based Club between 2012 and 2014 and fellow Aussie Dakota North will join him. Pole Kacper Gomolski will complete the Dorset club’s top five.

The Elite Draft Riders for the Pirates will be Kyle Newman and, replacing Paul Starke, who has to race at Edinburgh for his Premier League club, Somerset, will be Ben Morley, who was a member of the Vortex Hammers side in 2014.

The Vortex Hammers will be led by their Swedish Grand Prix rider Andreas Jonsson but it’s a welcome back to his fellow Swede Kim Nilsson, who has missed the past six weeks Hammers action due to an arm injury.

Regular Hammers British riders Edward Kennett and Richard Lawson will be in the top five, which will be completed by Australian Max Fricke, who replaces Dane Mikkel Bech, who will be competing in his National Championships Final. The Vortex Hammers Elite Draft riders are both from Rye House, Kyle Hughes and Luke Bowen.

Hammers regulars Ashley Birks remains on the sidelines due to injury whilst Adam Ellis will be on his way to Germany to represent Great Britain in Saturday’s World Under 21 Team Semi Final.

The meeting starts at the usual time of 8pm with the parade of riders scheduled for 7.45pm but for early arrivals at the Raceway there will be a series of Junior Demonstration races involving youngsters from the Lakeside Hammers Hagon Shocks Academy who will be riding on 150cc machines.

The annual collection in aid of the Speedway Riders Benevolent Fund will be made at this event. This Fund assists disabled and injured Speedway riders and people attending on Friday are asked to contribute to this worthy cause.

Tickets will be available on the night through the paybooths but may also be purchased in advance online via the Club’s website.