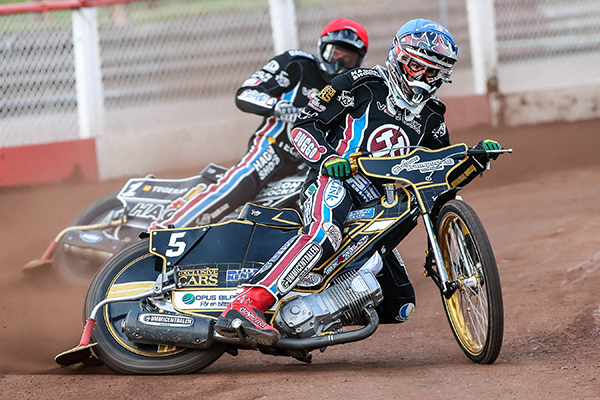 Lakeside will go in search of three more important Elite League points as they host Poole at the Arena-Essex Raceway on Friday (8pm).

The Vortex Hammers roared to a memorable 50-40 win over the Pirates at Purfleet back in April to establish themselves amongst the early-season frontrunners.

They have since extended their dominant home run to seven successive meetings – and they will now look to reel off another vital victory against the Wimborne Road outfit.

Despite a month-long break from home action, team coach Kelvin Tatum is confident his side can pick up where they left off to come out on top.

“We’ve focused on winning at home so far this season, and we are obviously determined to keep that going on Friday,” said Tatum.  The way we’ve been riding at home this season we definitely don’t fear anybody and we’ll be going into the meeting full of confidence.

They’re going to be missing some riders, but we can’t take anything for granted and we’ll have to just focus on ourselves.  We’ve had to wait a long time for our next home meeting, but I’m confident we can put in another good performance.”

The home side will be at full strength, with Grand Prix star Andreas Jonsson and Kim Nilsson returning to lead the side after missing the trip to Swindon last week.

However, Poole arrive with a patched-up side due to a combination of injuries and fixture clashes.

They are led by 2012 World Champion Chris Holder and also feature Lakeside asset Adam Ellis from their regular side. They will also hand an Elite League debut to Kiwi hotshot Bradley Wilson-Dean as a guest at reserve, whilst Aaron Summers, Ricky Wells and Paul Starke also feature.

The Meeting Parade commences around 7.45pm, with the first race scheduled at 8pm.  Tickets are available on the gate.