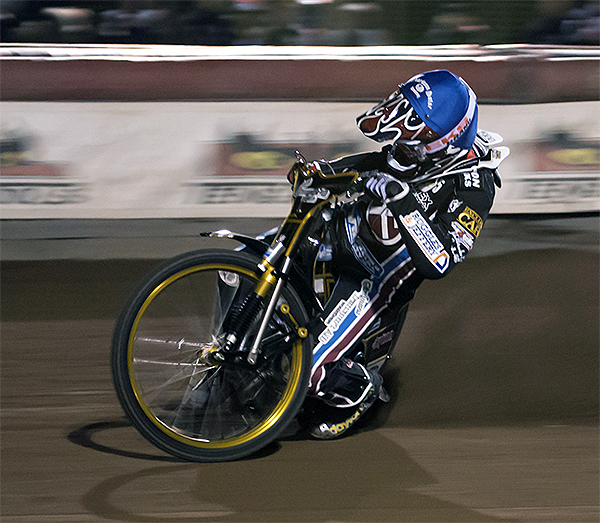 Lakeside will look to maintain their perfect home record as they host Swindon at the Arena-Essex Raceway on Friday (8pm).

The Vortex Hammers are back in action at Purfleet for the first time since their spectacular 50-40 win over star-studded Poole a fortnight ago. They suffered a disappointing 54-38 defeat at Wolverhampton in their last outing on Monday, but coach Kelvin Tatum is desperate to see them bounce back.

Despite Swindon’s recent poor form, he insists they will need to be at the top of their game – but he is confident they can earn three more valuable Elite League points.

“I sense there will be a feeling in the camp that we need to bounce back after Monday,” Tatum said. “We’ve been very strong at home, and we are feeling particularly confident after the victory against Poole so we’ll be looking to get back to winning ways.

We are still in a very good position at this stage in the season, so if we can pick up three more points on Friday and keep our excellent home form going then we’ll be pleased. Swindon have had a tough time in their last couple of meetings but we certainly can’t afford to take them lightly. I’m sure they’ll be looking for a response after back-to-back defeats, so we’ll need to be at our best once again.”

The hosts will be at full strength, with Richard Lawson returning from illness to line-up in the No.4 spot, whilst Swindon feature former Hammers ace Justin Sedgmen and Grand Prix star Jason Doyle.

Admission:(tickets available at the gate)