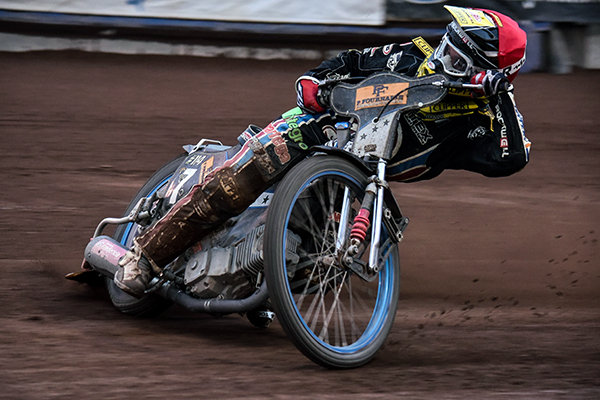 Lakeside coach Kelvin Tatum is keen to see his side pick up where they left off as they host Swindon at the Arena-Essex Raceway on Friday (8pm).

The Vortex Hammers got their play-off bid back on track with a stunning home win over top of the table Wolverhampton last week. Tatum admitted it was a much-needed victory for the Purfleet outfit after experiencing a tricky spell.

Having given their confidence a timely boost, they will now face another top four rival in a crucial clash – and Tatum is desperate to see them claim three more points.

Whilst he knows Swindon are capable of causing problems, he is desperate to replicate their fine Wolves performance to come out on top.

Said Tatum: “To pick up a convincing win over the league leaders last week was a big confidence boost for the whole team.

It was so vital to get back to winning ways, especially at home, and it keeps us around those play-off places as the race for the top four hots up.

Friday’s meeting against Swindon could have a big bearing on the final standings and we want another three points to add to our tally.

You never know what you’re going to get from Alun Rossiter’s side this year; they’ve got plenty of potential and have shown on a number of occasions that they’re a good side when they all click on the same night.

Hopefully our riders can have another solid team performance because beating those teams around you could prove to be so important.”

Lakeside will be at full strength, whilst Swindon arrive with a number of guests to cover Premier League fixture clashes.

Josh Grajczonek, Rohan Tungate and Charles Wright are all riding for Somerset whilst Stefan Nielsen remains sidelined with a thumb injury.

They have subsequently drafted in Bjarne Pedersen, Stuart Robson and Robert Branford as guests whilst rider replacement will operate in the No.2 spot.

Meanwhile, supporters will also be able to enjoy six heats of junior racing at no extra cost, with 250cc and 125cc action starting at 7.30pm, before the main Elite League meeting.

Tickets are available at the gate on the night, with the pre-meeting parade scheduled for 7.45pm, and the first race 8pm.