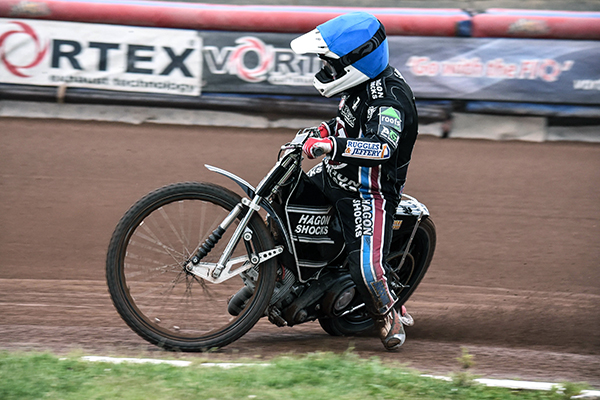 Lakeside will look to get their play-off bid back on track as they host Wolverhampton in a mouth-watering clash at the Arena-Essex Raceway on Friday (8pm).

The Vortex Hammers are bidding to get back to winning ways after successive defeats against Poole including a shock loss on home shale a fortnight ago.

They will face a tough test against the table-topping Wolves in a meeting team coach Kelvin Tatum has described as “absolutely huge”.

However, Tatum is keen to see them repeat their impressive 53-37 win over the Monmore Green outfit back on June 1 to claim three more Elite League points.

“Friday’s meeting is absolutely huge – mainly due to our performance last time we were at the Raceway,” said Tatum.

“Wolverhampton have been a very solid side right from the start of the season and they don’t sit top of the Elite League table for nothing.

They’ve not been winning as comfortably as they were towards the start of the season and we need to take advantage of the fact that they haven’t won on the road for a while.

We put in a very strong showing against them here at the Arena Essex Raceway earlier in the season and it’s crucial that we do the same again.”

Edward Kennett is expected to return from an ear infection to line-up at No.2 for the hosts, whilst No.1 Andreas Jonsson emerged unscathed from a high-speed crash at Poole on Wednesday.

Richard Lawson and Wolves man Sam Masters are both riding in a Premier League Knockout Cup tie between Glasgow and Edinburgh, meaning both sides operate rider replacement to cover their absences.

Wolves have also drafted in Rory Schlein as a guest for injured former Hammers rider Joonas Kylmakorpi in the No.5 spot.

Tickets are available at the gate on the night, with the pre-meeting parade scheduled for 7.45pm, and the first race 8pm