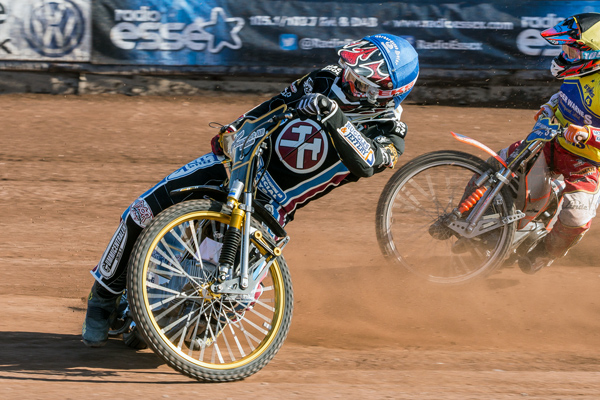 Swedish star Kim Nilsson believes Lakeside can take plenty of heart from their performances away from home this season.

The Vortex Hammers have quickly established themselves as a dominant force around their Arena-Essex Raceway home circuit, although points have proved much harder to come by on their travels.

Since storming to an impressive win at Leicester back on April 2 they have failed to add to their away points tally.

Nilsson admitted they were disappointed to narrowly miss out as they went down 50-40 in a tight encounter at Swindon last week. But he believes the fighting spirit shown by their side is a major positive as they aim to start converting their encouraging performances into more Elite League points.
Nilsson said: “It was a shame we couldn’t get a point at Swindon, I think we were quite close but we had a few guys that were struggling with the setups.

There isn’t much room for error away from home, and when you have a couple of people not quite at their best then it’s hard to get a point. Overall I think you could see that everyone was fighting, everyone is trying their best and wants to get the points for Lakeside.

Everyone is giving 100% which is the main thing, and I think we’ve shown that we are a team who can compete away from home even if we haven’t always got the points to show for it. Obviously we had the win up at Leicester, but we’d like to get some more points away that’s for sure because even with our good home record it’s important to do that.”

The Hammers will be back in action as they travel to Coventry next Friday, May 20 before hosting the Bees at Purfleet 24 hours later.