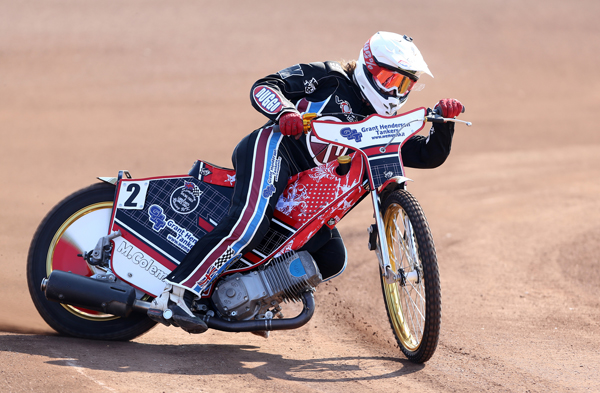 Lakeside promoter Jon Cook is convinced his side can keep their focus throughout the coming weeks as they revert to fortnightly racing.

Cook made the right call to cancel Friday’s home clash with Swindon on a poor weather forecast which proved correct – and the next action at the Raceway is on Wednesday May 4 against the Belle Vue Aces.

Said Cook: “Firstly it’s always difficult making an early call and we’re relieved it was the right one after nearly two years without a rain off we were out of practice!

“Now we need to make sure we don’t lose the momentum over the first GP break of the year and come back strong for our clash with Belle Vue.”

Andreas Jonsson is in Slovenia next weekend for the opening Grand Prix of the campaign and there is no Friday action for the Vortex Hammers.

Cook said: “Moving into fortnightly speedway with the start of the GP and the full foreign league season getting underway is always a time when teams can lose focus but I’m convinced that won’t be the case with Kelvin Tatum on the team now.

“The season now has something of a more traditional look running through to September with Swindon now visiting on Friday September 16, the last day before the Play-off cut-off and the Rico Autumn Classic to then close a season which we also hope will include play-off action of course.”