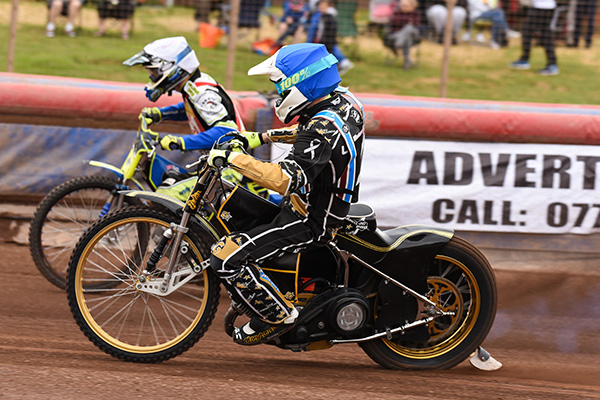 Hammers promoter Jon Cook says his side can take nothing for granted when they head to Buxton on Sunday (3pm).

The Vortex Hammers know a win at the Hi-Edge Raceway would see them secure an end-of-season play-off place in the final regular league fixture of the campaign.

And despite Buxton sitting bottom of the table with just eight points to their name, Cook is anticipating a tough battle.

“Just because they’re propping up the rest that doesn’t mean you can presume the result is a foregone conclusion,” Cook said.

“Buxton’s is a very different type of track and we can’t afford to make any mistakes around there.

“They picked up a shock draw at Mildenhall the other weekend and they also ran Birmingham very close a few weeks ago there too.

“So we need to make sure we approach it properly and get something out of the meeting.“

A win would guarantee us a place in the play-offs but who knows, a consolation point may also be enough in the end.

“The riders just have to go there and do their best.”

The Hitmen bring in Birmingham racer Liam Carr to guest for Matt Williamson while Jamie Halder comes in at reserve.