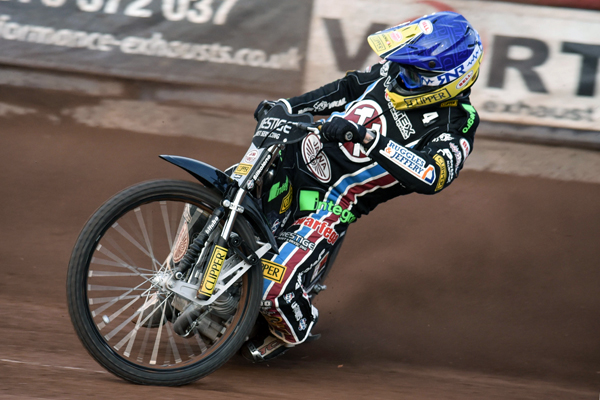 Lakeside  coach Kelvin Tatum has called on his side to lay down a marker to their Elite League rivals as they host struggling Leicester at the Arena-Essex Raceway on Friday (8pm).

The Vortex Hammers have been in dominant form on home shale and head into their clash with the Lions in a healthy third position in the table.

They will face a busy two days with the return fixture at Beaumont Park taking place on Saturday (7.30) – and Tatum admits they are targeting two more valuable victories against the Midlands outfit. The Hammers will enter their home meeting as firm favourites against a Lions side who have yet to pick up any points on their travels this season.

And although Tatum knows they must guard against complacency, he is hoping to see them send out a message to their rivals by repeating their two wins over Leicester earlier in the season.

Said Tatum: “Without being disrespectful to Leicester, these are two meetings where we are aiming for maximum points.

I, for one, never underestimate anybody but with this year’s push for the play-off spots being so tight at the top end of the Elite League, I think a team in our position has to be looking at big wins home and away against bottom of the league to bolster our own position.

We’ve already beaten them home and away this season and ideally we will manage it second time around as well. However, in recent weeks Leicester have shown a few glimpses, particularly from the reserve area, so we certainly can’t take anything for granted.”

Rider replacement will cover the absence of popular Swede Kim Nilsson due to a Grand Prix qualifier, whilst Leicester include former Hammers’ ace Davey Watt in their side.

Tweet
« Kennett call up for Hammers » Hammers demolish the Lions