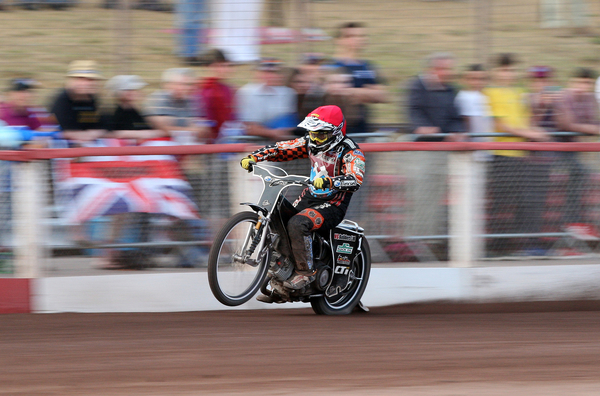 TAI Woffinden is ready to step up his planning for the big £100,000 charity fund raising project for Great Ormond Street Hospital Children’s Charity.

Woffinden wants British Speedway fans to get right behind him and show their support as he prepares for this summer’s cycle ride to coincide with the British FIM Speedway Grand Prix at Cardiff’s Millennium Stadium.

The ride will start on Friday July 11 from a venue near Newport. Further staging posts, where fans can join the ride, will be placed one hour, and half an hour from Cardiff to cater for both age and ability.

All riders will arrive at a Premier Inn location in Cardiff centre where they will be fed and watered before the final few hundred metres to the Millennium Stadium itself.

Once there, Tai and his followers will complete an underground lap of the complex before riding up the pit ramp onto the famous Cardiff track. A lap of that will follow, then a ride up victory lane to the podium where individual photographs will be signed by the World Champion, with his trophy.

All riders will then be able to use organised changing facilities before being allowed to stay and watch the GP practice session, which starts at 3pm.

All in all, a once in a lifetime opportunity for YOU to rub shoulders with Tai and experience the unique aura of this iconic venue.

The rules are simple. You must be aged 16 yrs and above. You must have a roadworthy bicycle. And, most important, you must raise at least £100 yourself and deliver your raised total on the morning of the ride.

Places are limited to ONE HUNDRED PEOPLE!

Tai is hopeful that four fans from each of the 25 British Speedway clubs will join him in this endeavour. If you would like the chance to participate, please visit the Hammers Speedway office at your next meeting, leave your contact details and pay £1 towards the charity to enter the draw.

At a time and date to be announced, Tai himself will conduct an online LIVE draw to select the four fans from each club who will make up the lucky 100 for this magical experience!