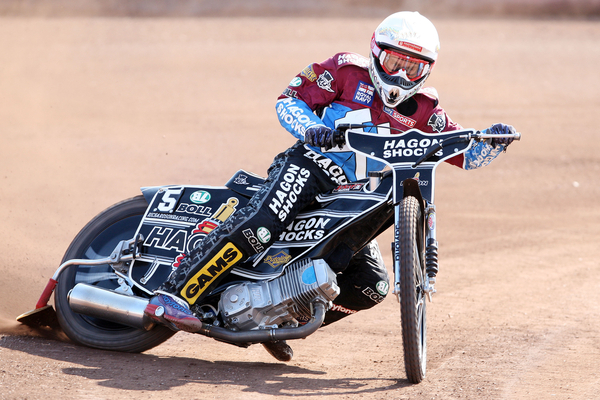 Ladies and Gentlemen, family and friends of Lee, Stuart Douglas has asked that I say a few words before we gather in silence to remember.

I hope I can do so without having to breaking down though there is no shame in shedding a tear for such a lovely man, I know we all have and will do for some time to come.

I don’t profess to having known Lee for his whole life, there are many more people here who would hold him closer but I mourn a man who made a lasting impression on us all.

I first knew Lee back in the mid 80’s when he and his brother Craig would run around Arlington stadium in much the same way his Boys have done our own Raceway over the last few seasons.

He moved on with his family to Bracknell and the next I knew of him was when he suddenly appeared in the Reading team almost out of the blue, And boy did he show true guts, heart and determination to see his way through those first few months of racing when he had so much to learn at such a tough level.

To go from that tough start to be a true World Star speaks more about Lee than any words.

Of course we know from the many testimonials now written that he went onto become World Under 21 Champion, a GP rider and Great Britain’s highest ever points scorer but to us here at Lakeside he became part of our family.

From the moment he joined he got what we are about, he bought into our family ethos, in fact he became the head of it. Harking right back to those early days growing up, when the speedway bug bit the little lad whose dad was himself a speedway rider, Lee had returned to those Arlington roots of a track close to home where the kids could run wild and his family could enjoy a night out with friends. He had made no secret of the fact that this was where he would race until retirement, it took something extra special to take him away from the Swindon he loved, and we were it.

So as we gather to show our respects to a wonderful husband, loving father, son, grandson, friend, team mate, our captain, let us not just mourn but celebrate a life our great achievement of a man who did what many of us will never do, Lee only wanted to be a speedway rider, he only wanted to be a top speedway rider and boy did he just achieve his goals and then some.

Finally in closing please consider a few lines from the poem of Remember me.

Tweet
« A visual tribute #RICO » A message of thanks