Kennett call up for Hammers 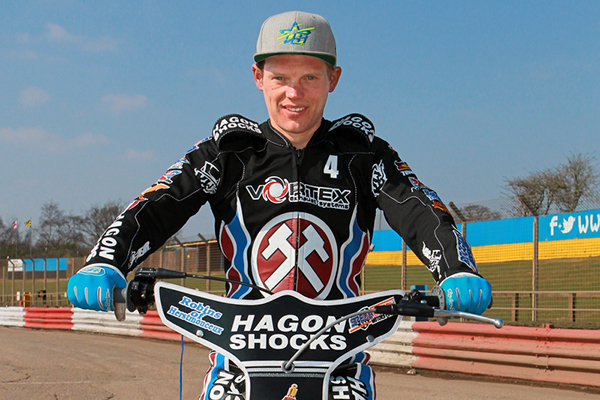 Kennett gets his chance in the Vortex Hammers side at the expense of Piotr Swiderski, who was unavailable due to a clash with a Polish League fixture on TV.

Co-promoter Jon Cook says Swiderski will remain part of his plans for now – but Kennett, who has been in blistering form for Premier League Rye House, deserves his chance.

Said Cook: “Edward has waited for his chance and driving back from a very disappointing display at Coventry Kelvin Tatum (coach) and I both felt now was the time to shake things up as we have stalled away from home.

Piotr was due to be missing Friday and in truth is unlucky to miss out on his home form, but like others in the team his away performances have started to wane.

He remains firmly in our squad and we’ll decide after the weekend what’s the best 1-7 to take on Wolves next Wednesday at the Raceway, but Edward will be assured of a run in the team from here on.  We hope he’ll provide the missing link to make us title challengers rather than Play-off possibilities.”