Kerr keen to be a hit 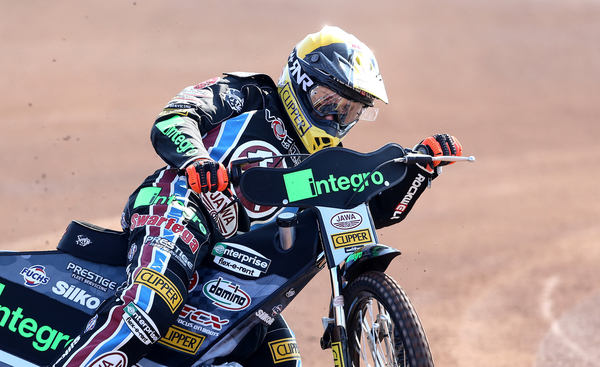 New reserve Lewis Kerr is desperate to make a good impression on his Lakeside Elite League debut – as he comes up against his former club.

The Hammers take on King’s Lynn at the Arena Essex Raceway this afternoon (1.00) before travelling to the Adrian Flux Arena for the re-arranged away fixture following Thursday’s postponement (8.00).

Kerr began his career with King’s Lynn’s second side in 2010 and spent a total of six seasons with the Norfolk club.

But the birthday boy, who turns 26 today, says there’ll be no room for sentiment as he looks to get his Hammers career off to a positive start.

“I had some great times at Lynn but this year is all about focusing on my spot with Lakeside and I’m really looking forward to it,” Kerr said.

“Last week in the Spring Trophy was more about getting laps in on my new home track, finding the right set-up and just getting the hang of it again I suppose.

“I then went and had a good meeting at Scunthorpe on the Sunday with Ipswich so with all of that I’m feeling much more confident and I’m feeling good.

“I’ve done plenty of laps at Lynn and hopefully I can use that to my advantage.

“Notoriously, Lakeside don’t usually do too well at King’s Lynn but we’re at the start of a new season so I guess anything could happen.

“Hopefully we can make a positive start as a team and I hope I can have a good couple of meetings myself too and show them what they’re missing!”

A further 12 heats of Hagon Shocks Academy racing, include 125cc, 150cc and 500cc bikes, will take place after the main Elite League meeting.