The Vortex Lakeside Hammers have made their first team change of the season with the recall of club asset Kim Nilsson in place of Peter Karlsson.

Kim, who the club bought from Newport three seasons ago, has been in fine form since his late start to the season due to a Motocross crash and is seen by the team as being a key to picking up more points on the road to ensure a Play Off qualification place.

The move marks the end of Peter Karlsson’s two and a half season stint with the club.

The Vortex Hammers Promoter Jon Cook stated: “We are delighted to welcome Kim back to the Raceway. He’s coming back in at a great time for him as he’s riding and scoring well. We are very aware that in the past when Kim has a good meeting away we invariably win and that’s going to be crucial over the rest of the season.”

On Peter Karlsson, Cook said: “PK and the club have mutually agreed that now is the time to make this change. Working with PK has been an absolute delight and he leaves with our best wishes and we thank him for some terrific moments over the last two and a half seasons. ” 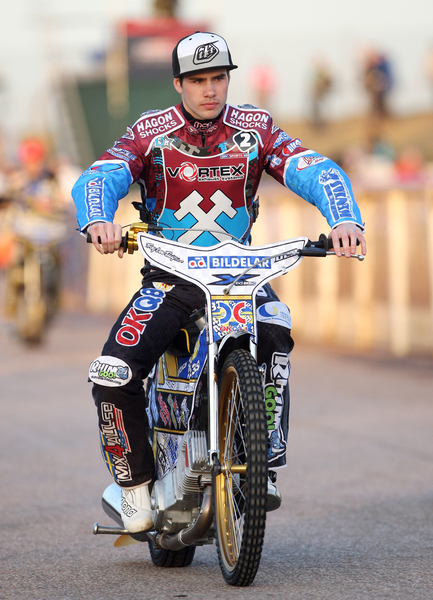