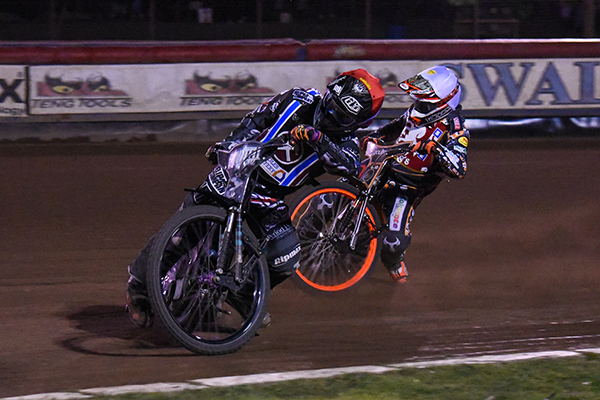 Lakeside head to Kent on Monday in what could prove to be a crucial showdown as the play-off race hots up (6.30pm).

The Vortex Hammers currently occupy one of those spots as they sit third in the Travel Plus National League table.

But the Kings gave their outside chances a major boost as they ended Mildenhall’s home run on Saturday with an impressive 46-43 win at West Row.

The Hammers can however take confidence from the fact they have already won once at Central Park this season when they claimed a three point triumph over Kent in the Tunnel Trophy Challenge.

And Lakeside star Alfie Bowtell says they are more than capable of adding to their league tally, despite recognising the challenge ahead.

“Kent are on a good run at the minute and with the wins they’ve been getting you’d imagine their confidence is quite high right now,” Bowtell said.

“But our team spirit at Lakeside is really good this season too and we go into every meeting thinking that we can win it.

“It’s getting tight in the league now so every point is going to be really important.

“Kent will be a tough meeting but we want to win or at least get a point.”

The Hammers have booked former Kent man Steve Boxall to deputise for injured No.1 Zach Wajtknecht while the hosts have drafted in Adam Roynon for Luke Bowen.