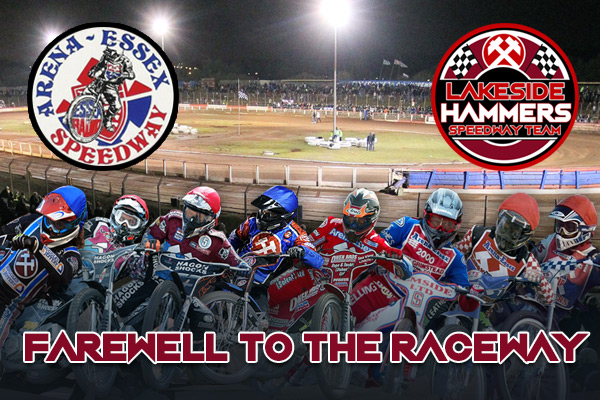 Leigh Lanham, a Lakeside Hammers rider who also rode under their former Arena Essex name, will perform the last ever speedway laps at the Raceway next Friday.

Lanham, who retired two seasons ago, is the club’s all-time leading appearance maker and points scorer and will be the man to bring the curtain down on the sport at the iconic venue before Hammers move to Rye House to see out the season.

It’s sure to be an emotional night for fans who have seen so many highs and lows since the sport was launched at Purfleet in 1984 – when the track had no fence!

The Hammers will face Glasgow on Friday September 14 in a Championship meeting at the Raceway before switching to Hoddesdon to face Newcastle the following night.

And promoter Jon Cook said: “Leigh was always popular with us and he did a lot of laps at the Raceway down the years, probably more than anyone.

“It’s a fitting way for us to say farewell to the venue which has seen plenty of drama down the years and I’m sure a few tears will be shed.

“Leigh was always keen to do it and I know there will be a lot of people wanting to be there for one last visit to the Raceway before we make the move to Rye House.”

The club are in the process of producing a 40-page full colour souvenir commemorative brochure to mark the end of speedway at the Raceway.

This will include exclusive in-depth interviews with Hammers stars past and present plus the current day views of club owner Stuart Douglas and Cook.

Further information regarding the evening will be confirmed shortly.