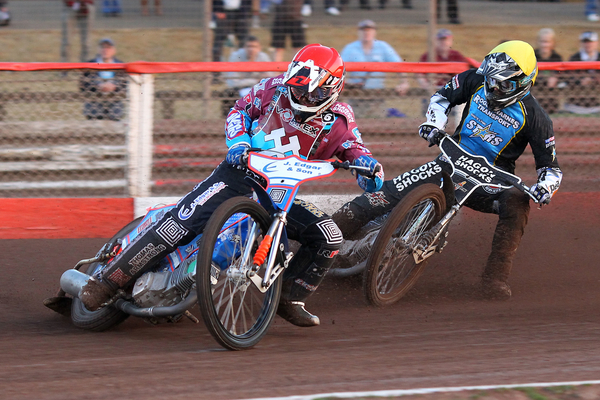 The Vortex Hammers have agreed a deal with Premier League team The Workington Comets, which will see the Hammers 2013 Rider of the Year Richard Lawson,  join the Essex based club on a permanent deal, the Cumbria club retain a buy back clause by agreement of all three parties.

Hammers Co-Promoter Jon Cook commented  “Richard is a crucial part of our team for 2014 and this move shows our commitment to working with him to become an established Elite League rider in the years ahead.

It makes sense for us both to know that those efforts come with the security for Richard of knowing he has a long term future as this club and that for us it us that reaps the benefits of his development. He has a great affection for the Comets and it’s appropriate that they should retain an option because of that.”

The club are working on details for their opening meeting on March 28th and have confirmed that the full team will also be riding an away challenge at Poole on March 26th with Press Day 24 hours before at the Raceway.