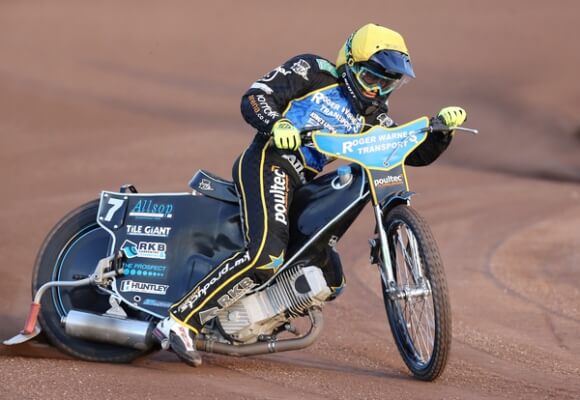 KING’S Lynn has been named as the venue for the eighth annual Ben Fund Bonanza on Saturday March 12, 2016.

The meeting is one of the prime fund-raising events for the Speedway Riders’ Benevolent Fund, and the first rider to be confirmed is Lewis Kerr, who resumes his career next season after his horrific crash in the Premier League Fours at Peterborough in August.

The event reverts to a traditional 16-rider, 20-heat format with semi-final and final, along with races for British Speedway’s future stars under the guidance of Youth boss Neil Vatcher.

Stars promoter Buster Chapman said: “I have been interested in having it before, but it’s good that it goes to different venues. This year we offered our services and our offer has been taken up. I’m looking forward to it. We have good facilities for the injured riders to attend.”

“It’s a great cause and I think everyone should ride in it. Quite apart from that it is a great chance to get in some laps at the start of the season and I’m happy that I’ll be riding in it myself.”