Massive weekend for the Hammers 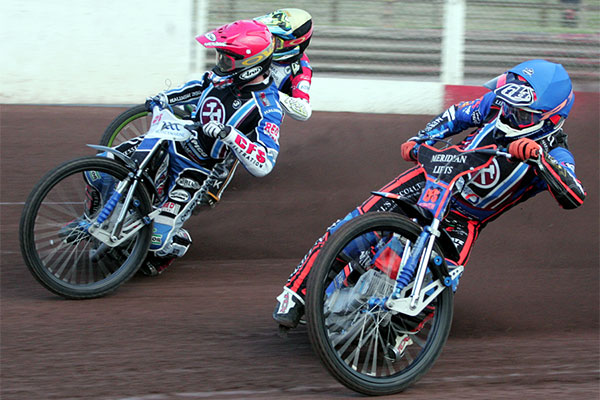 Lakeside Hammers are gearing up for a massive weekend as their drama-filled season gears up for a spectacular conclusion.

Hammers face no less than FOUR meetings in three days – placing plenty of demand on man and machine.

They are looking for Championship Shield glory when they host Workington in the first leg of the final at Rye House on Friday (8pm).

The return is in Cumbria the following night (6.30pm) and is followed immediately by the outstanding league match between the sides as the second part of a double header.

And on Sunday Will Pottinger’s men are back at Rye House for their Play-off Semi-Final second leg against Peterborough, starting with a two-point lead. The meeting starts at 6pm.

Said Pottinger: “As weekends go, they don’t get much bigger than this! We’re still battling away in the major competitions and we have the chance to win a major honour against Workington.

“But we also have a job to do against Peterborough on Sunday, just because we hold a two-point lead from the first leg we won’t be taking our foot off the gas, far from it. There will be no complacency from my team.

“We need the support of all the fans, both Hammers and Rye House, on Friday night. I want to see us take a useful lead up to Workington on Saturday.”

Gates open at 6.30pm. Six heats of Junior Racing are also planned ahead of the main meeting.