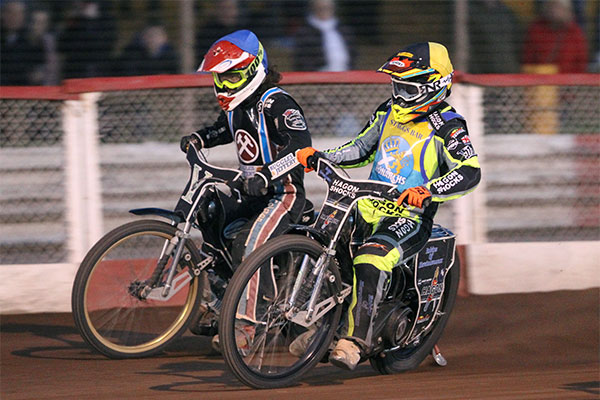 The two sides currently sit in the top four level on 32-points apiece – but with fifth placed Ipswich taking on sixth placed Berwick on Thursday night, that will change by the time the teams meet at Armadale.

The Hammers do have meetings in hand though – and skipper Richard Lawson remains confident they can finish in a play-off position.

“Almost every other club has ridden more meetings than what we have but we’ve still got a decent amount of points already on the board,” Lawson said.

“Of course we’d love to go to Edinburgh and upset the odds because we go into every meeting wanting to win.

“But whatever happens, there’s still meetings left after this one where we’ve got a good chance to add some points to our total.”

The Hammers will again operate rider replacement for Kyle Newman who remains sidelined through injury following a crash at Workington.

Meanwhile a change in the greensheet averages sees Zach Wajtknecht back down at reserve with Ben Morley overtaking him into the main body of the team.