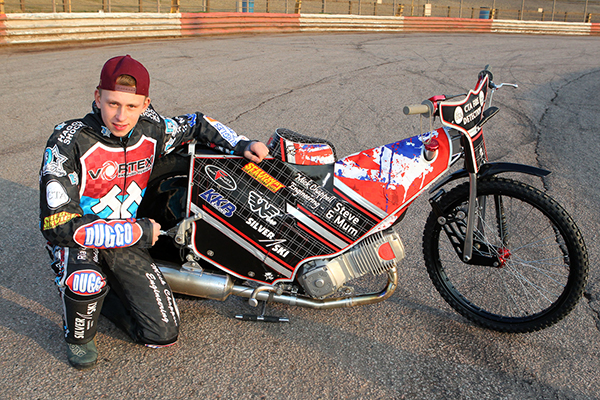 Morley, who turns 23 next month, has got the nod from club bosses Kelvin Tatum and Jon Cook just weeks before the tapes go up on the season.

He’s a rider with a fine CV at National League level having won the Fours, Pairs and individual titles with Rye House and Kent.  And Tatum said:

We’re delighted to appoint Ben as skipper. He’s a local boy born in Southend and the fans at Lakeside like him.

He’s up for the role, we’ve talked it through and he can’t wait for the season to start.”

Morley himself is delighted to get the chance to skipper the Hammers and has backed the new-look team for success.

He said: “We have some practice coming up soon where we can all get together, gel and talk about set-ups. I think we can look forward to a good season. It is a solid team. There is a lot more to come from George Hunter and Alfie Botwell, they are really good prospects.

David Mason is steady, Nick Laurence will do a job at reserve and Zach Wajtknecht has come on really well over the past couple of years so I think we have good strength throughout the team.”

Morley will lead the Hammers for the first time in the big season opener with rivals Eastbourne at the Arena-Essex Raceway on Good Friday, April 14, at 1pm when a bumper crowd is expected.