The Vortex Lakeside Hammers have snapped up Swedish racer Dennis Jonsson to fill the newly-created No.8 role in their 2016 squad.

The Hammers have moved to bring in Jonsson, the son of former World Champion Per, for the position which enables him to replace any rider in the main body of the side during the season.

Jonsson, 24, rides for Valsarna in the Swedish second tier and has also earned an Elitserien guest rider contract with Masarna Avesta ahead of the new campaign.

He will have a chance to impress as he rides in Lakeside’s season-opening Spring Trophy meeting at the Arena-Essex Raceway on Friday, March 18. And co-promoter Jon Cook is pleased to have Jonsson on board as they take advantage of new regulations introduced by the BSPA. 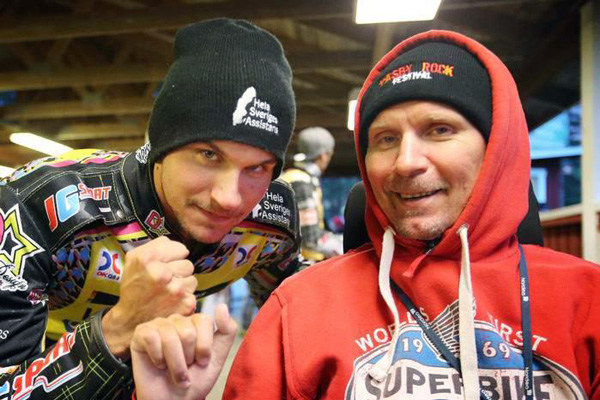 Cook said: “We’re very excited to be working with Dennis at this early stage of his international career and delighted he chose the Vortex Hammers as the best place to start his British career.

“The No 8 is the brainchild of Matt Ford and will allow Elite League teams that wish to to start blooding young talent from overseas.”

Meanwhile, Cook and new Team Coach Kelvin Tatum will outline their expectations regarding the new team regulations at the Hammers Fans Forum tonight (7.30).

The pair will be appearing in the Pavilion Suite at the Orsett Hall Hotel to discuss the season ahead, with admission free of charge but donations being taken for the Speedway Riders’ Benevolent Fund.

A track staff meeting takes place in the Pavilion Suite at 7pm ahead of the main forum, and any new volunteers are very welcome to attend.

Full information for both the Forum and the track staff meeting can be found here.