Hammers on the road 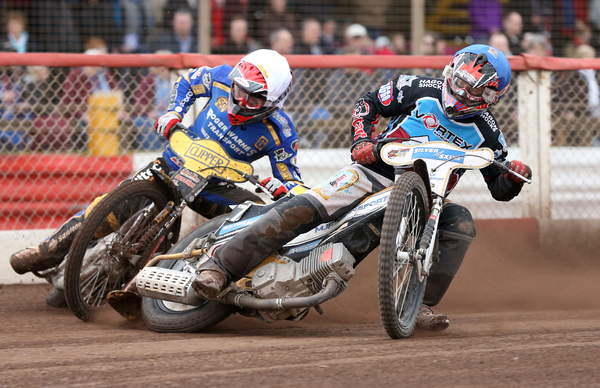 Ahead of Friday’s Elite League clash against The Swindon Robins at The Raceway, The Vortex Lakeside Hammers face a busy spell on the road with two consecutive away fixtures.

First up, a full strength Hammers  travel to the South Coast tomorrow night (Wednesday 8th) when they take on the reigning Elite League Champions, The Poole Pirates.

The following evening will see the Essex based team travel to The Abbey Stadium, Wiltshire,  the home of the Swindon Robins.  The Hammers bring in Steve Boxall at reserve in place of Ashley Birks who is riding for Premier League Sheffield.  Boxhall deputised at The Raceway last Friday against the King’s Lynn Stars, scoring a gutsy 5, paid 6 points.

The Robins bring in Scott Nicholls and Hans Andersen as cover for injured duo Troy Batchelor, who suffered concussion & rib injurys and Adrian Miedzinski who suffered a serious hand injury in Monday’s Elite League fixture against The Pirates. Lewis Blackbird covers for Charles Wright who is also on Premier League duty.

Tweet
« Draw for British U21 Final » Pirates take the points