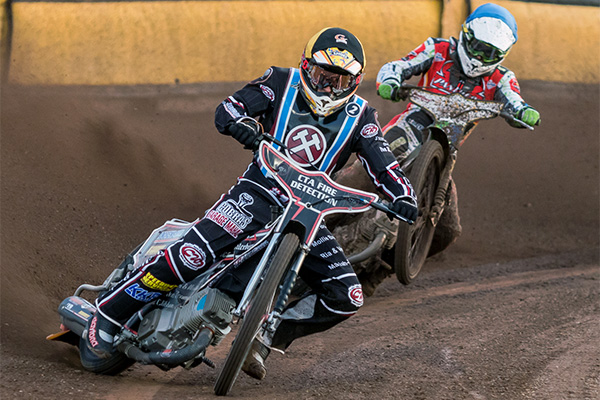 Lakeside travel to league leaders Peterborough on Friday in what promises to be a scintillating top-of-the table clash (7.30pm).

The Hammers sit just a single point behind the Panthers in the current standings and would leapfrog their opponents if they were able to extend their unbeaten streak.

It’s now eight wins on the spin in all competitions for Lakeside with only one of two defeats this term coming at Peterborough in their opening fixture of the season.

And with Peterborough themselves losing just one of their last seven, it’s certainly a mouth-watering head-to-head in prospect.

Hotshot Zach Wajtknecht returns to the side after missing the Hammers’ last three fixtures due to international commitments representing Great Britain while rider replacement will again operate for Kyle Newman who is still ruled out through injury.

Lakeside promoter Jon Cook has been thrilled with life in the Championship so far and is hopeful of big things from his current septet.

“The team has gelled together so very quickly under the stewardship of Will (Pottinger – team manager) and they’re a very tight unit,” Cook said.

“They’re forming something of a formidable group and that must be quite scary to everyone else in this tight-knit Championship league that we’re delighted to be a part of.

“We’ve already progressed in the Championship Shield, we’re already through to the next round of the Knockout Cup and we’re already taking stock on what has been a brilliant start in the league as well.”

*An exclusive interview with Jon Cook can be found in this week’s Speedway Star magazine. Get yours in a store near you now or subscribe by calling 0208 335 1113.