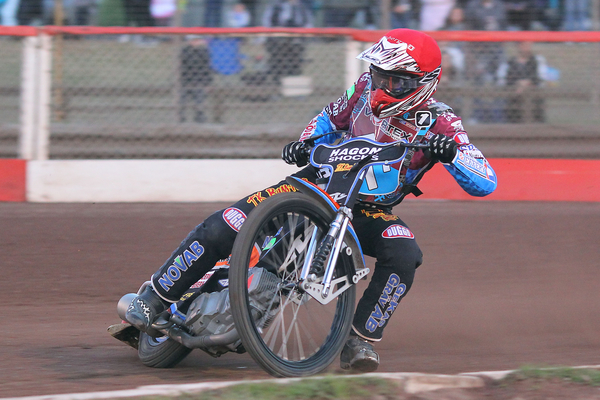 Update: 17:45. Elite Riders’ Championship has been postponed due to track conditions.

British Speedway’s 2014 Major Events series gets underway at Coventry this evening, with the Elite Riders’ Championship, for which Vortex Hammers Number one, Peter Karlsson, will be representing the Essex based club.

The meeting, which starts at 6pm and is live on Sky Sports, brings together a competitive field of current Elite League riders, along with  wild card Freddie Lindgren.

In other Hammers action, Lewis Bridger scored 11 points to reach the final of  former Hammers star Joonas Kylmakorpis’ Testimonial at Eastbourne last night, where he was then excluded as the cause of a 1st bend crash.  Fellow Hammers Karlsson scored 5, whilst Hammers Captain Davey Watt suffering from bike problems scoring just  2 points.