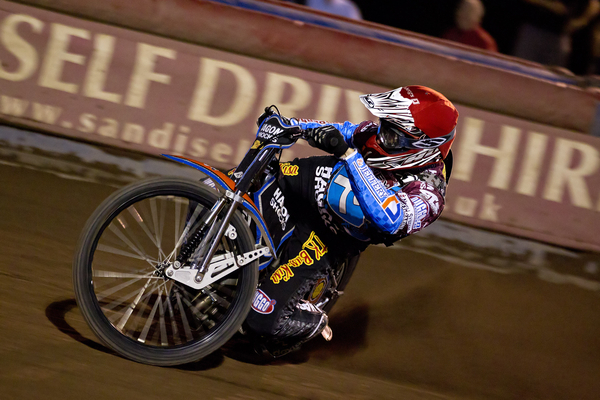 The Vortex Hammers number 1 Peter Karlsson has been confirmed as the Hammers representative at this months Elite Riders Championship.  The meeting, which features the top rider from every club, is the first major event of the year on Sunday, March 23 (6pm).

And over half of the permanent Speedway Grand Prix field, who will shortly be leaving for the opening round of the season in New Zealand, will be on display.

Swindon’s Australian ace Troy Batchelor, who won a dramatic call-up to the SGP series recently, has accepted an invitation to appear at Brandon along with Freddie Lindgren, Kenneth Bjerre, Chris Harris and Slovenian sensation Matej Zagar.

Reigning champion Rory Schlein of King’s Lynn will also line up in a bid to defend his crown.

British Speedway Chairman Alex Harkess said: “This is a wonderful way for us to start what promises to be a very exciting season of speedway.

“For this event to feature eight Grand Prix stars is excellent news and represents a very attractive field.

“We are looking forward to the meeting and with a 6pm start it means we will have a dramatic finish under lights at the same time as finishing at a reasonable hour for travelling fans to get home.

“This a great time of year, everyone is full of optimism and looking forward to their speedway fix.”

The meeting will feature 20 heats with every rider having five outings. The top two scorers go into the final with the next four in a race-off for the last two places in the final. The new Elite Riders’ Champion will be the winner of then final regardless of previous points scored.