PK wins on the grass 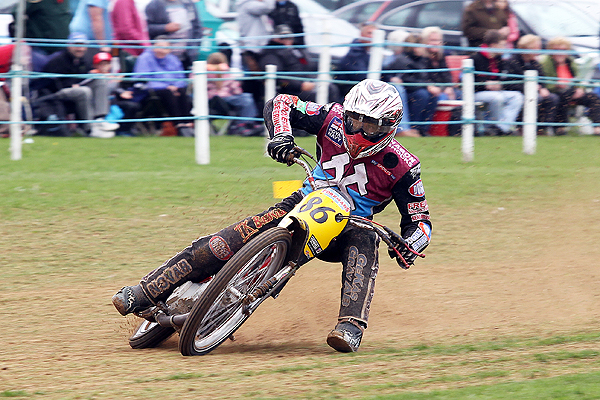 Tony Fowles, one of the Hammers official photographers, was at the Astra organised, Vince Kinchin Memorial Meeting, which was held on Sunday at Springfield, Kent. In a rain affected event that saw the meeting abandoned prior to the Semi Final stage,  the result was awarded based on the points scored at that time also took into account race times.

Peter Karlsson had won all of his three races at that stage and as he had the fastest times he was declared the winner of the event.

Vince Kinchin will be remembered by many Hammers fans as he was at one stage a regular performer in second half events at the Raceway.

The photograph shows PK on his way to one of his victories, wearing an old set of Lakeside kevlars and riding one of Paul Hurry’s grasstrack machines. Paul, of course, is another former Hammers rider, who currently is part of PK’s pit crew.