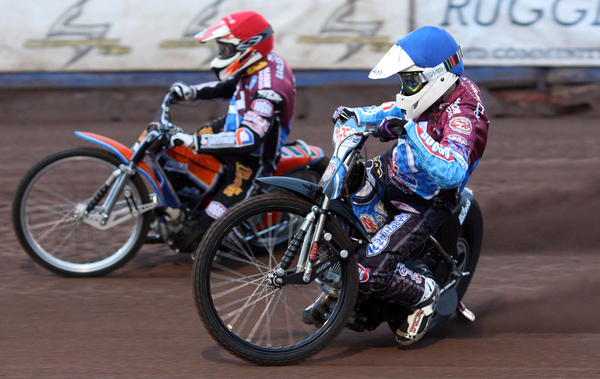 The Lakeside Hammers go head to head with fellow Play Off contenders, the Birmingham Brummies, this Friday, 10th August, at the Arena Essex Raceway.

The Brummies are amongst a group of clubs closing in on Hammers top four Play Off position and as such it’s a must win match for the Essex club.  The Hammers make one change to the side that defeated Belle Vue last Friday with popular Brit Stuart Robson coming in for Kauko Nieminen.

The Hammers Co Promoter, Jon Cook, commented: “This is a huge meeting for us and we need another three League points to steady our Play Off position.”

Birmingham will be led by their Danish Grand Prix rider Bjarne Pedersen and joining him in the Brummies top five will be Great Britain World Cup rider Daniel King, who is a former Hammers rider, German International Martin Smolinski, experienced Pole Sebastian Ulamek and British Finalist Ricky Ashworth. At reserve they will use the veteran British rider Joe Screen, who is a former World Under 21 Champion and fellow British rider Carl Wilkinson, who comes in as a guest for their injured Pole Tomasz Piszcz.

The action gets underway at the Hammers Raceway on Friday with the Grand Parade of riders at 7.45pm with the first of the 15 heats due to start at 8pm.

Admission prices are £17 for adults, £14 for Senior Citizens, Students and Disabled, £12 for Unemployed and 17 and 18 year olds and children aged 6 to 16 inclusive just £1 with children under the age of six admitted free of charge provided they are accompanied by a paying adult.Proof of age or status may be requested.