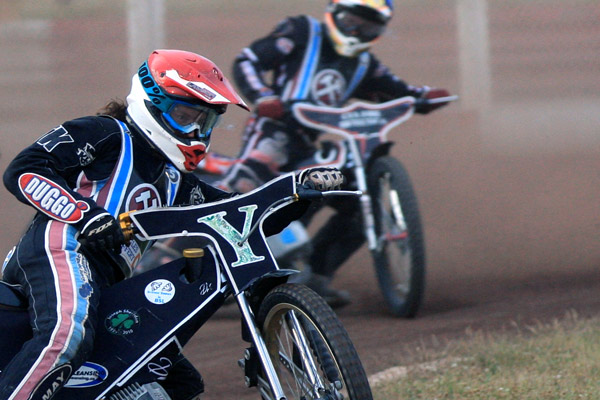 Update: Please note that the Play-Off Semi-Final 2nd leg at Rye House between the Lakeside Hammers and the Peterborough Panthers will now start at the later time of 5pm in light of the weather forecast.

Gates will open at 3pm but any supporters who have already made earlier travel arrangements will be allowed into the venue and provisions been made for refreshments to be available.

Lakeside can book their place in the Championship Play-Off Final on Sunday – but club promoter Jon Cook insists there’s still plenty of work to be done.

The Hammers hold a two-point advantage ahead of Sunday’s decider against Peterborough at Rye House (5pm start) courtesy of their impressive 46-44 first leg semi-final win at Alwalton last weekend.

It’s been a dramatic week for the Hammers’ opponents after the Panthers were put up for sale earlier this week.

And while Cook is desperate to see his side beat Peterborough this weekend, he hopes a solution can be found for the East of England Arena outfit with the sport’s winter break fast approaching.

Said Cook: “I was shocked and saddened to see Ged Rathbone’s comments that Peterborough’s home clash with Scunthorpe on Saturday could be their last at the old Showground.

“Hopefully that’s not the case and Sunday won’t be the last time we see them on track.

“We’ve staged one farewell too many this season but as much as we hope they are saved long term, we intend to end their Championship season Sunday!

“To make the Final will be a massive achievement against the backdrop of everything that’s been thrown at us off track all year but Will (Pottinger – team manager) and the boys will be anything but complacent.

“But we’re such a dangerous side when we’re at full strength; a win or draw and we’re in and that’s the sole focus.”

Gates open at midday, and there will be six junior heats prior to the main event which will commence around 1.20pm.

(Pay at gate, cash or card)