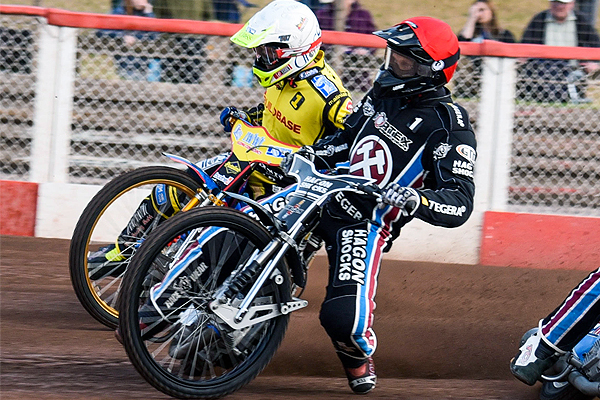 Lakeside could be boosted by the return of star No.1 Andreas Jonsson for the second leg of their Elite League play-off semi-final with Belle Vue next Monday.

The Swedish star looked set to be ruled out for the remainder of the season after a horrific crash in his homeland on September 6.

But he has now informed the Vortex Hammers that a return for the second leg in Manchester is a realistic target.

The news means the club have reconsidered their options and will now operate rider replacement to cover his absence in the home leg at the Arena-Essex Raceway on Wednesday (7.30pm).

Should Jonsson not recover in time, Coventry star Krzysztof Kasprzak has been lined up as a guest for the second leg.

Co-promoter Jon Cook said: “Kelvin (Tatum) and I have been through all the options, but in truth they are limited.

“We were happy with the rider we had lined up but AJ is confident he can make it back, certainly for the final if we make it and more than likely for the second leg of the semi-final, which is terrific news. Having Krzysztof on stand-by is a strong position to be in, although unfortunately he can’t race in the home fixture on Wednesday due to a Polish commitment.

With Danny King’s preference being to work for TV and riders like Jason Doyle and Niels-Kristian Iversen having averages that are too high, we both felt there wasn’t another rider capable of matching the combined scores of our own guys around the Arena.”

Preparations are well underway ahead of Wednesday’s huge Purfleet showdown, with the club producing a special programme to include a race card for the Poole vs Wolves meeting, which will be shown live on a big screen.

“It’s been a hectic few days and it really feels like we are back in the big time,” Cook continued.

“The lads are determined to put on a show and give us something to defend next week. Friday’s crowd was amazing given the weather earlier in the day, the atmosphere was incredible and we’re all looking forward to more of the same, with a great weather forecast to boot Wednesday.”

The club have also added the in-form Robert Branford to their squad under the play-off regulation (subject to BSPA approval) and he will race the away leg in Manchester with Ben Morley retaining his position for the home tie.

Paul Hurry will also join Cook on team management duties with Tatum’s TV role taking him out of the pits.

Tickets can be purchased from the Social Committee who will be positioned on the 1st bend near the Raceway Tavern up to 15 minutes before the first race on Wednesday.