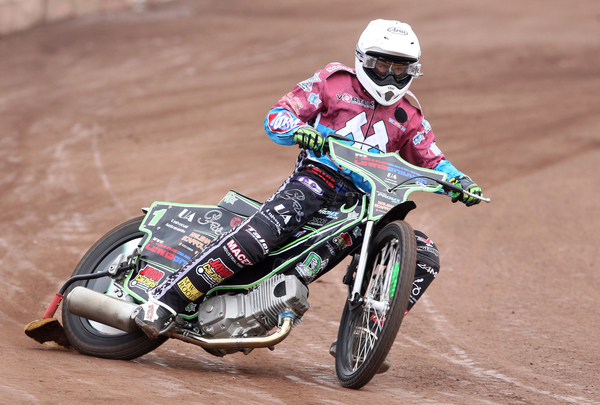 The Vortex  Lakeside Hammers will be heating up this Friday, 29th March, as they face arch rivals the Eastbourne Eagles in Good Friday track action at the Arena Essex Raceway at 1pm.

While temperatures will only warm up slightly by the end of the week the on track action promises to be red hot as clashes with the Eagles are amongst the highlights of the Speedway season, which commences for the Essex based Club with this match.

The Vortex  Hammers are due to practice at the Raceway on Thursday evening ahead of the clash when fans are welcome to attend. All riders will be present with the exception of Davey Watt, who is on a pre-arranged two day training programme in Poland.

The Vortex Hammers go into Good Friday’s match with new signing Richard Lawson making his debut for the Club at reserve. He will be joined at reserve by Robert Mear. The side will see Swede Peter Karlsson riding at No.1 alongside his fellow countryman Kim Nilsson. Completing the top five will be Davey Watt, fresh from Polish training sessions, Piotr Swiderski and Lewis Bridger, who will also be making his Hammers debut having joined the Club from Eastbourne.

Eastbourne make just two changes to the team that competed for the Sussex club in 2012. The first change sees Dane Bjarne Pedersen come back to the club after racing for Birmingham last season where he replaces Finn, and former Hammer, Joonas Kylmakorpi who is taking time away from racing in this Country.

The other change sees former Hammer, Adam Shields, the Australian who spent five years in the Hammers colours, replace Lewis Bridger. Shields started last season with Belle Vue but after just five League meetings for the Aces decided to take a break from the Sport. Those returning for the Eagles are Swedish rider Simon Gustafsson, Australian Cameron Woodward, who again captains the side, Finn Timo Lahti, Russian Denis Gizatullin and Lukas Dryml from the Czech Republic.

Courtesy of Ruggles & Jeffery children aged six to sixteen will be admitted to this meeting for just £1 under their ‘Kids for a Quid’ initiative.

The other admission prices are: – £17 for adults, £14 for Senior Citizens, Students and Disabled, £12 for Unemployed and 17 and 18 year olds and children under the age of six admitted free of charge provided they are accompanied by a paying adult. Proof of age or status may be requested.